RVs Were Made for Idaho! 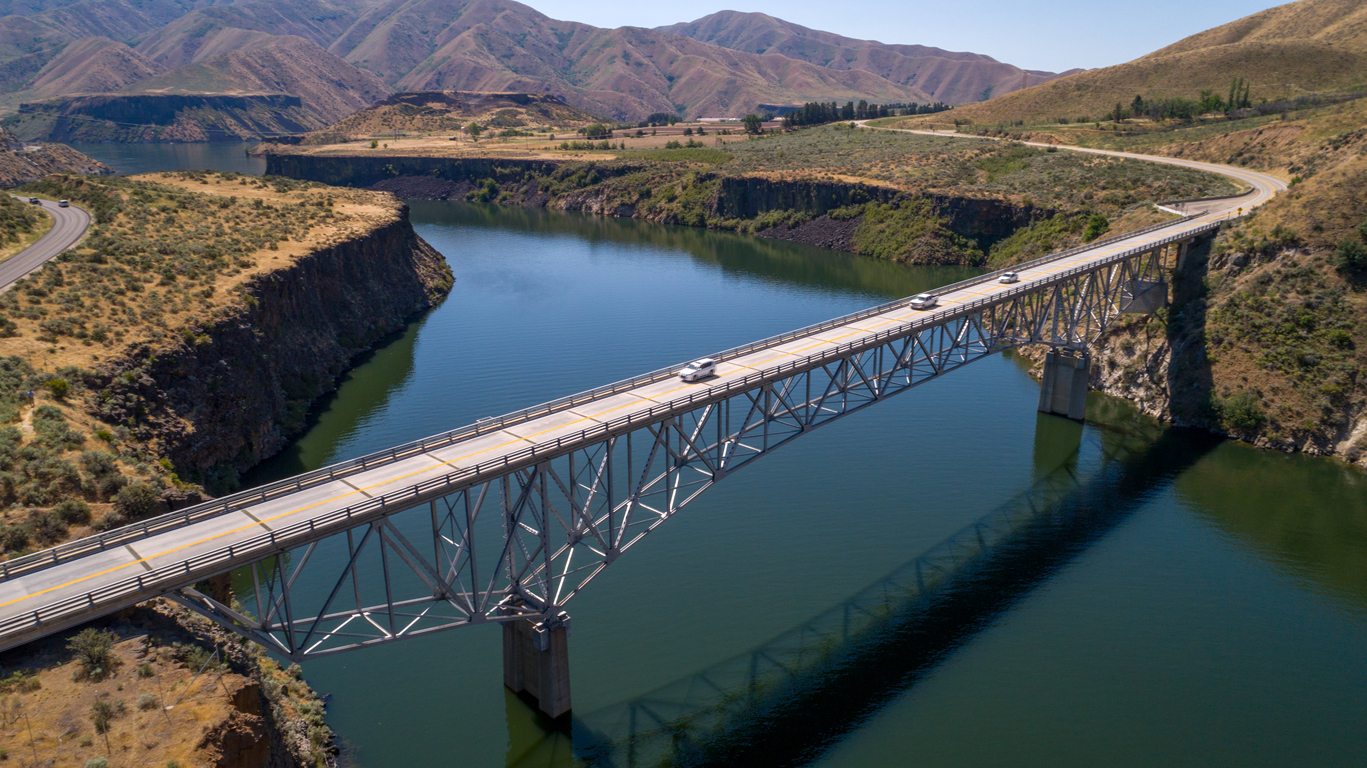 What most people don’t realize about Idaho is that the southwestern part of the state has stunning byways that are just what RVs were made for. Well, actually, more than just the southwestern part. All of Idaho, really. Several gorgeous highways wind through the western mountains, with stops available for rafting, soaking in natural hot springs, or circling back to your RV park. RV life has never been better than in Idaho.

Idaho has thirty-one highways named by the US government as “scenic byways,” a designation given to highways known for their particular beauty, historical, and recreational aspects. Take a look at some notable scenic drives in southwestern Idaho. One of the longest, most well known drives—and for excellent reasons—is the Ponderosa Pine Byway.

Ponderosa Pine Byway, also known as Idaho Highway 21, starts—or ends—at Boise and heads 131 miles north and northeast through the Sawtooth Wilderness to Stanley. If you drive straight through, you’ll need at least three hours, but don’t! There are so many attractions to explore, so much amazing nature to experience.

For example, Idaho City, which is neither ghost town nor city. With a very small population now, Idaho City was, in the 1860s, the largest city in Idaho. Founded during the Idaho gold rush, the city thrived. Today it is the home of remarkable historical buildings, the Boise Basin Museum, and excellent food at the various restaurants, one of which is the Sarsaparilla Ice Cream Parlor. Idaho City also is the trailhead for the four-mile Charcoal Gulch hike.

The byway continues about 34 miles on to Loman, a tiny town with an active one-room schoolhouse, and ends officially at Stanley about a hundred miles farther. In July, Stanley hosts the Sawtooth Mountain Mamas Craft Fair and later in July the Sawtooth Valley Gathering music festival, with RV parking by permit available during the festival. The Ponderosa also connects to the Wildlife Canyon Byway and the Payette River Byway. At Lowman, head toward Banks on ID 17. On the Payette River Byway, head south again, 112 miles on ID 55S through Horseshoe Bend, Cascade, and McCall. The highway ends up at Boise, where you may want to spend a few days seeing the sights.

In Stanley, you can choose to go south along ID 75N past Redfish Lake, through Ketchum, just outside the fabled Sun Valley (and the location of Ernest Hemingway’s grave), on south through Hailey, Belleview, and on to Shoshone. This is the Sawtooth Scenic Byway, 116 stunning miles that you will want to take plenty of time to explore. Stop at the Shoshone Indian Ice Caves, especially in the middle of summer for a natural cool down.

Take time out for whitewater rafting in Stanley, or fishing on the Salmon River, a visit to the Craters of the Moon, keep an eye out for deer, elk, and antelope, stay overnight for some serious stargazing, or soak in the local hot springs, which pepper the entire southwestern mountains.

You can pick up Thousand Springs Byway south of Shoshone on ID 93 to Twin Falls, then go west on US 30E toward Curry and finally, Bliss. The byway is only about 68 miles, but what a 68 miles! It was named after the numerous hot springs, water falls, and portions of the Oregon Trail. Near Hagerman are the Hagerman Fossil Beds National Monument for the amateur paleontologist in your group. For the record, birding here is as popular as the fossils.

Once you’re on US 84, head straight for Mountain Home and chill out at Mountainbound Custom Storage & RV Park. You are in the perfect part of Idaho for months of spectacular exploration of a stunning wilderness. Take your time with this incredible country. That means not spending every second on the road. Mountainbound’s amenities provide everything you need for a relaxing break:  swimming pool, laundromat, cafe, sports courts, dog park and more. There is a good reason for the word “home” in the name!